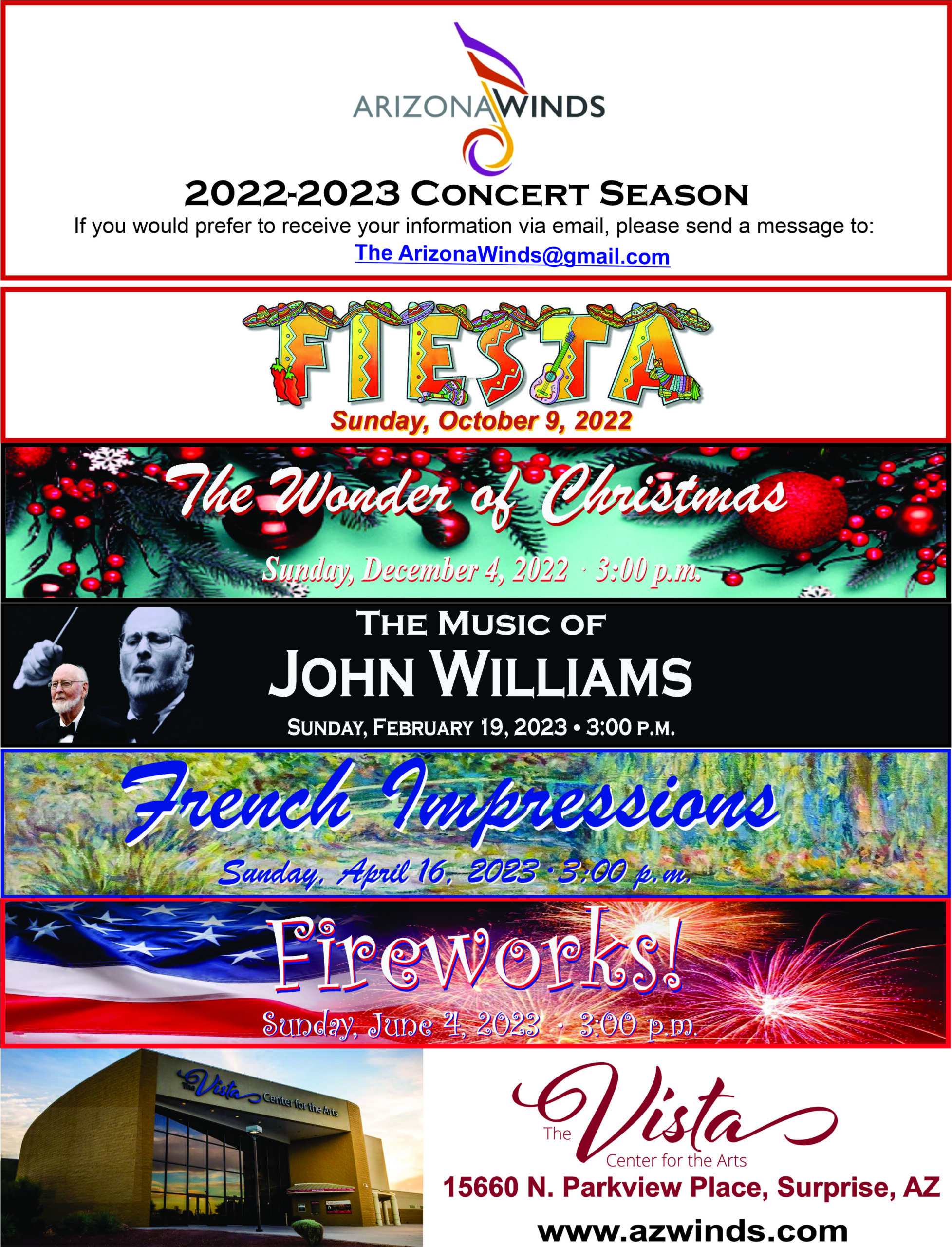 The Arizona Winds, a popular West Valley-based community band under the direction of Music Director and Conductor, Lieutenant Colonel, USAF (Ret.) Rich Shelton, will present a very special concert on Sunday, February 19th, celebrating the 91st birthday of one of America’s most iconic film composers—five-time Oscar winner John Williams. “I have never met anyone who doesn’t love anything John Williams has written for the big screen”, said Colonel Shelton.  “When we presented our last concert of John Williams movie music five years ago, we literally had a standing room only crowd.  No doubt it was our all-time most popular concert”, added Shelton.

In over six decades and 111 motion pictures, John Williams has composed some of the most iconic, critically acclaimed, and memorable film scores in cinematic history.  He has won an incredible 25 Grammy Awards, seven British Academy Film Awards, five Academy Awards, and four Golden Globe Awards. With 52 Academy Award nominations, second only to Walt Disney, Williams is the second most-nominated individual in history. 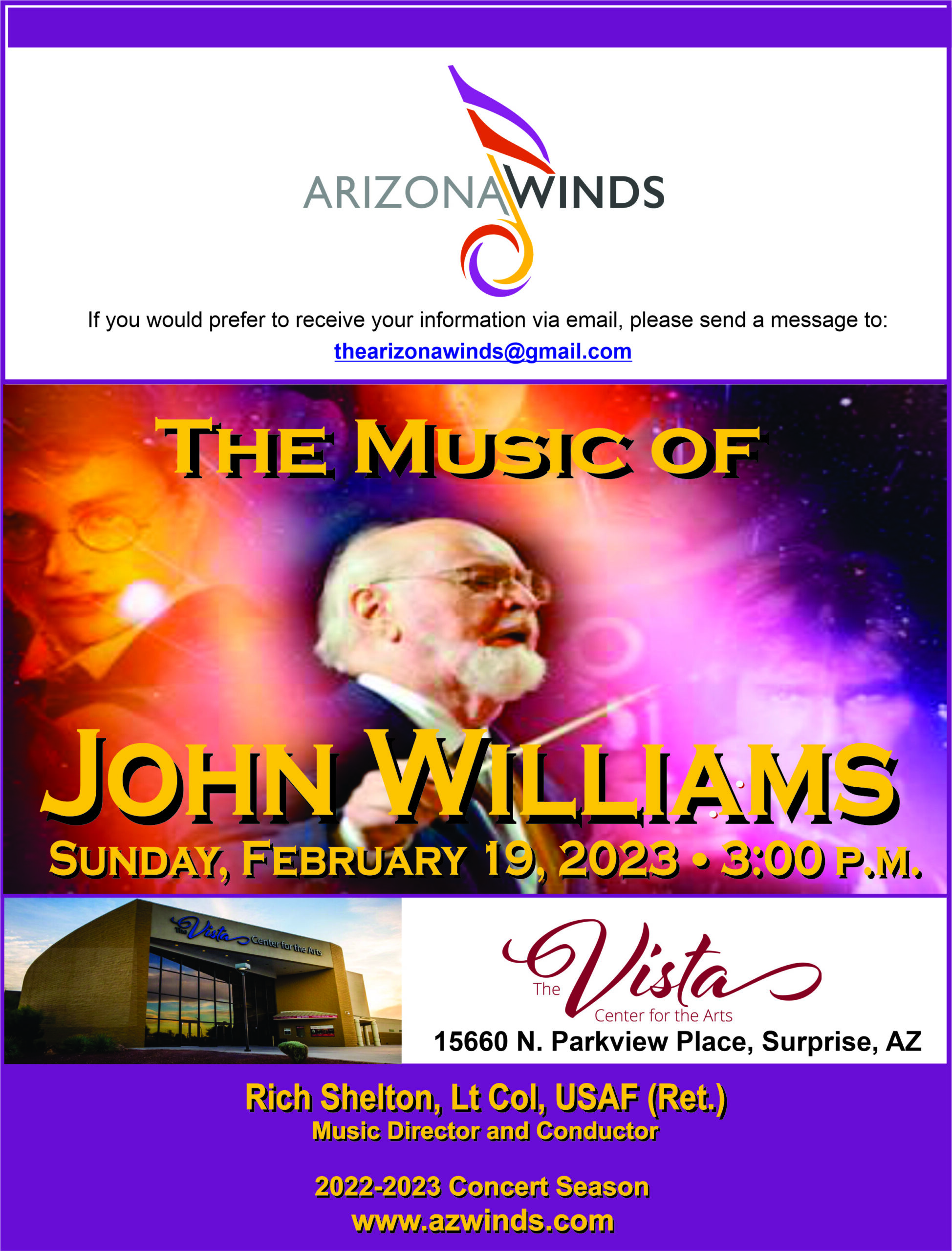 What makes this Arizona Winds concert so unique is that the audience will be watching movie clips specifically edited to accompany each of ten John Williams movie scores.  The band’s announcer, John Sipple, will introduce each film with additional background information to enhance the entire concert experience.  “This season we’ll introduce a number of John Williams film scores that are different from our 2018 Williams concert”, said Colonel Shelton. The concert lineup will include music from Hook (starred Dustin Hoffman); the 1975 thriller, Jaws; The Terminal (starred Tom Hanks); E.T. the Extra-Terrestrial; Close Encounters of the Third Kind (starred Richard Dryfuss); Far and Away (starred Tom Cruise and Nicole Kidman); Harry Potter and the Sorcerer’s Stone; Raider’s of the Lost ArkI (starred Harrison Ford); and selections from Star Wars, The Empire Strikes Back, and Return of the Jedi.

This Arizona Winds concert will be presented at 3:00 p.m., Sunday, February 19th at the Vista Center for the Arts, 15802 N. Parkview Place, Surprise and is free and open to the public. For further information about the band’s season, or to contribute to its operating fund, visit the band’s website at www.azwinds.com 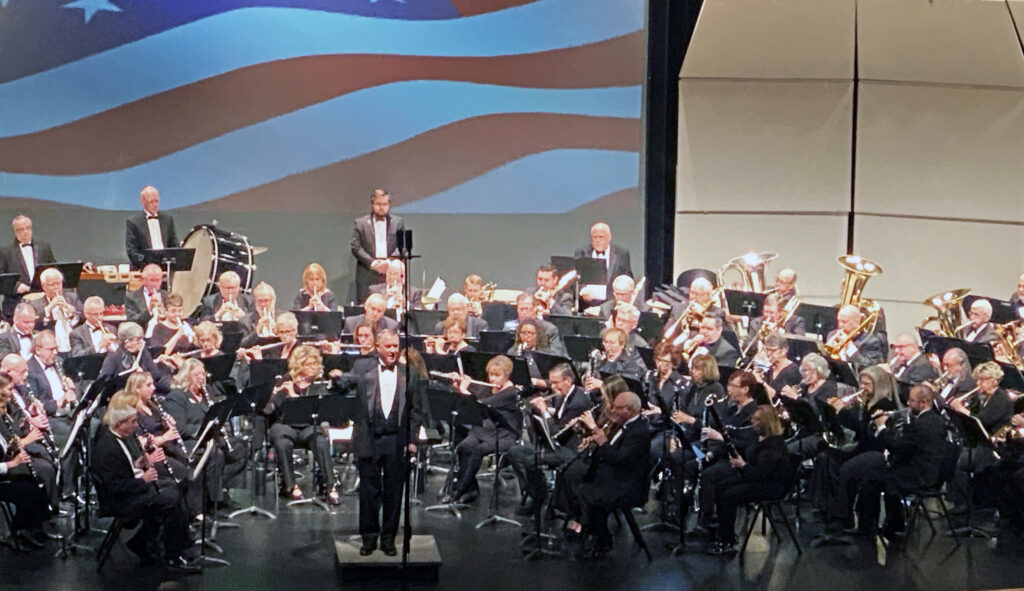 Please visit our Media tab above to Watch or Listen to some of your favorites. 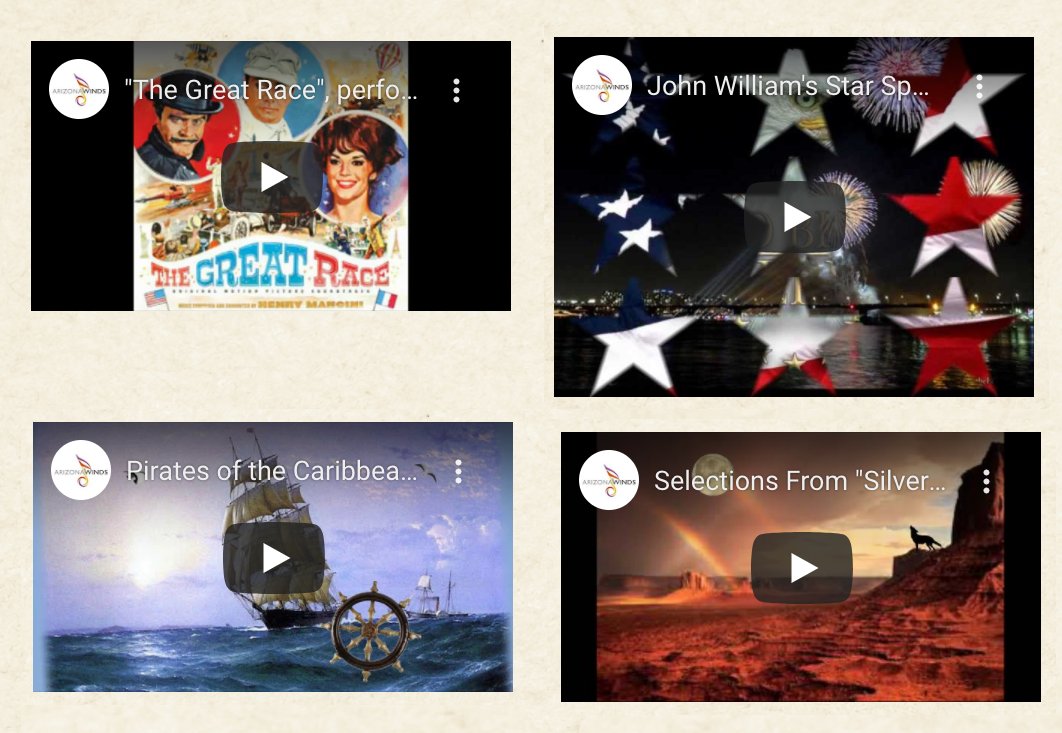 If you have questions or comments for the Arizona Winds, please contact us via email at: TheArizonaWinds@gmail.com