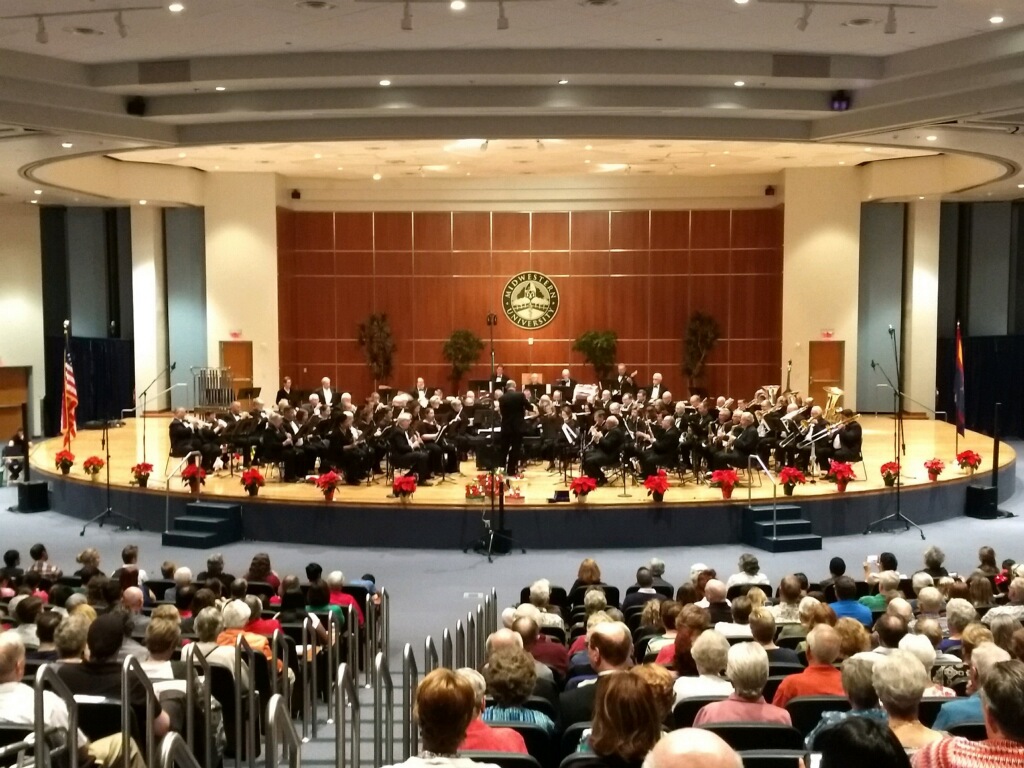 The Arizona Winds is celebrating its 46th year as a West Valley cultural institution. The band’s musicians, comprised of adults from across the Valley of the Sun and representing numerous professions from music educators to engineers, homemakers to accountants, continue to share their love of music and enrich the lives of audiences throughout the state of Arizona. The Arizona Winds is a 501 C(3) non-profit organization which presents a series of six free concerts each season and depends entirely upon the generous tax-deductible contributions of its patrons to sustain the superior level of performance thousands enjoy each year.

The Arizona Winds is proud to announce that it was recently selected to perform at the Association of Concert Bands (ACB) National Convention in Santa Fe, NM on May 6th, 2022.  Community bands from across the nation submit audition materials to participate in this prestigious gathering of musicians from around the world, and only seven groups were selected to perform.  Band members will be individually funding their travel and accommodations for their participation in this “once in a lifetime” performance, yet all have committed and are excited about this opportunity to showcase their hard work in making the Arizona Winds a nationally recognized community band.